It’s been three years since his album ‘The R.E.B.I.R.T.H.’, but next year he’s back with his album ‘B.A.B.Y.: Being A Black Youth’; according to himself his best album so far. In this interview One Be Lo talks about his upcoming album, his music and he has some exciting news for everyone: Binary Star is back!

It’s been three years since his album ‘The R.E.B.I.R.T.H.’, but next year he’s back with his album ‘B.A.B.Y.: Being A Black Youth’; according to himself his best album so far. In this interview One Be Lo talks about his upcoming album, his music and he has some exciting news for everyone: Binary Star is back!

Tell me a little bit about your next project B.A.B.Y. (Being a Black Youth)

Basically, the release date is gonna be February 2010. This is probably, in my opinion, the best album I put together as far as cohesiveness. We can get into the debate like “oh my favorite songs on this album or that album” but I feel like BABY is better sonically. My man Jonas came in with a lot of live instrumentation, I recorded all the music in the same studio, reached out to different vocalists and MCs I know and they helped me to paint the full picture of the story I wanted to tell about Being A Black Youth. For me its a complete project reaching out to singers, I had DJ Abilities do all of the cuts, I’m doing a little bit of chanting and singing on a couple joints, its crazy cause if I told you I have 23 or 24 guest appearances it sounds like chaos but I don’t know it just comes together nicely it’s a team effort and I like it man.

I’m anxious to see what people think it and how they receive it. All my career I just wanted to be on some stuff like I wanted to see if I could rap without a manager without a booking agent, without guest appearances and I did all that, I proved that I can hold down an album by myself I didn’t go out and get features because I wanted album sales, I got features because as a fan I wanted to see Nas and Mobb Deep on the same track it was ear candy so I’m like let me try to get Phonte, Freeway, Devin the Dude, Guilty Simpson, Jean Grae on tracks and they all came though and outta respect they murdered the tracks. In my opinion everyone that reached out to like the true underdogs of hip-hop from Supastition to Long Shot to Juice from Chicago. I’m not saying they don’t get their props but to the people that sleep on them these cats go hard; I’m really excited just to be apart of it. I was trying to push the envelope with the ingredients I was working with.

It has been almost 3 years since your last release “The R.E.B.I.R.T.H”. Was there anything specific or collective that contributed to the wait?

I had to weed out a lot of unnecessary stuff, its like the R.E.B.I.R.T.H. was my get out of jail free card I didn’t wanna jump outta the frying pan into another one, I kinda wanted to get away from everybody and do my own thing I used to just making music the way I want to make music I set my own deadlines and that’s how I always made music and that’s how I feel comfortable doing it. Being with Fat Beats, we had whatever kinds of disagreements it was mostly personnel changes that threw everything off like when people getting fired people leaving its kinda like being married to a woman and something happened to her and you still apart of the family but the person you married isn’t there anymore. When a couple people left it was a whole different situation and I don’t know if we were seeing eye to eye or what but something wasn’t there.

Music: One Be Lo – Rebirth

I just wanted to get out of there and put my in a better position whether it was me putting out my own music or working with somebody else I don’t have any no beef with them they let me out of a 3 album contract and I appreciate Joe for doing that,but I had to put out the rebirth to say here, I’m still doing something but it was kinda like me stalling to go back to the lab and create what I wanted to do. A lot of people were like you should work with Decompoze, or Jake One or Vitamin D; nobody was gonna co-sign me getting beats from Eric G or if I have singers on 6 different tracks so I just went into the cave and worked with the people I like, this is my baby right here I’m the baby’s daddy. I’m like the weakest element on the whole CD and if I’m the weakest element then it must be dope.

The tracks that were featured on your MySpace earlier this year like Destiny, BEEF, Me & You, Still Here and Slingshot are any of those on B.A.B.Y.?

Nope, none of those (laughs). That’s another thing that I’ve been doing for the last 3 years. I got like 60 songs in the vault, I’m all about quality over quantity so it’s not about making 100s and 100s of wack ass songs. I’m gonna release retail and free albums, mixtapes, EPs, collab CDs, working with different producers and MCs, I’m gonna do everything. I’m doing the same One Be Lo man, super sizing it. I do 125 shows a year and the reality is you got a musical fan base with financial and moral support and people that support you with their ideas. Most of the people that complained like “you changed your style;” they aint coming to these shows. When we go to these campuses with crowds of 18-21 year-olds we gotta make music for everybody so I’m trying to expand my horizon and stay relevant. Its either you rolling with us or you not because we’re trying to make good music. If anyone’s hating on One Be Lo then in my opinion they’re not really listening. 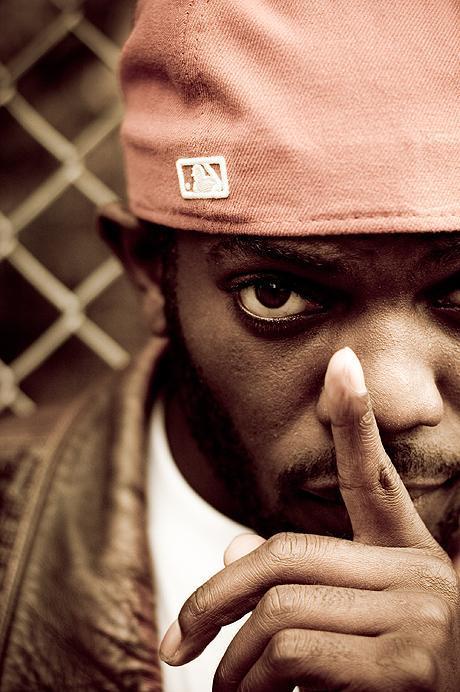 You were a part of one of the best hip hop CDs ever crafted, in my opinion, Masters of the Universe. When I was done with the CD I wanted more Binary Star, but I found out you guys split up after that CD, what happened?

That was then and basically we’re working on something now. As we speak I’m in the studio making beats for Binary and we’re working on Light Years Apart (first CD since MOTU). We were gonna do it because the time was right and it made sense. The Star is definitely back in rotation but we’re still solo artists. I think doing this Binary Star shit allows me to continue to do Binary shit and then allow me to be the individual solo artist more than ever before. Back when we weren’t Binary people still wanted to hear that kind of shit from me. I was like “yeah that’s my shit too but I got other shit” so now I got Binary and this so I can give people both; they can choose or they can take both of them.

And when you left Binary, you proved and established yourself as a solo artist with a solo career making a name for yourself?

Right, yeah man. Cause when you’re in a crew, I’m a fan too I understand you like things a certain way, but me as a solo artist I am not binary star. Even if I wanted rap that way it wouldn’t be the direction I’m trying to go in my solo career. But establishing Binary Star again we can do that and at the same time I can continue with my solo career. At the end of the day its just music if you like it bump it, if not, its nothing to get your panties in a bunch (laughs). Its exciting because we were recording a month ago and it just hit me. The last time I saw this dude spit in the booth was when we were recording “I Know Why the Caged Bird Sings.” It might have been a normal day for everyone else but there’s been a lot of shit that’s gone on between those verses and today. It’s amazing how we put that shit out there and we didn’t really take care of it. People just took that shit and ran with it, that’s love. We broke up way before we knew people were even looking at us like that. By the time the CD came out we weren’t even together for a whole year.

Imagine like your friends are like man that CDs sick and I’m like I don’t even listen to that anymore. It wasn’t like I didn’t like it, we were moving on. Main reason why I came back and made a website and everything is because people were selling the CD on eBay for like $350. If we didn’t make a website saying Binary Star is this somebody is gonna say Binary Star is that. Plus we just had something that people wanted. People liked hearing us together man so its like fuck it, let’s go to the lab and do what the fuck we do. Its not gonna hurt to see if we still got it.

It may be too soon to ask but are you planning any future endeavors after B.A.B.Y.?

Well like I said I got a lot of music sitting over here. I’m doing other projects like working with Binary Star, Black Milk, and just started working on a project with Zumbi (from Zion I), an instrumental album so what’s coming out next? I don’t really know, I wanna see where B.A.B.Y. takes me. Its not gonna be another 3-4 years before the next album. I’ve been working on books, toys and other crazy shit besides music. I want people to see what I saw, not so lyrics but like animations to prove it is really deeper than you think.

Is there any chance of a collab track between Elzhi, The Last Emperor, Planet Asia and yourself anytime soon?

Anything is possible. If you hear me rapping with different cats it’s like a subliminal way to reach out to everybody. I’m gonna start reaching out to a bunch of different MCs in the future and take my shit to a whole nother level artistically.

Recording with different artists can also help you expand your fan base and get your voice heard.

Yeah man. Some people would collab with artists to get their fans but I would because 1 it makes sense in a business and artist perspective and 2 I like to make real relationships. That’s what I like about BABY. I reached out to all of these cats and it wasn’t like I pay them for a track and then that’s it.