This week we stumbled upon an album by Muneshine and Saint, who go under the name of The Residents to create the album ‘Open House’.

This week we stumbled upon an album by Muneshine and Saint, who go under the name of The Residents to create the album ‘Open House‘. 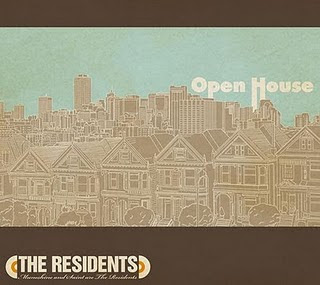 Rob Bakker (Muneshine) is a Toronto based rapper and producer who’s mainly known for his work with Lightheaded (Ohmega Watts, Braille & Othello), his debut ‘Status Symbol‘ and the impressive list of collaborations and guest appearances he did. This time he hooked up with Saint of The Good People to create an album called ‘Open House’, released last year. It features Shad K, Edo G, Dminor, Rob Swift and more.

The album is great from front to back, but the song called ‘Nocturnal’ stood out to us. Those who are into A Tribe Called Quest (correction: who doesn’t like ATCQ?) will recognize the sample, the chorus and influences of their track ‘Midnight‘. It appeared on the all time classic album ‘Midnight Marauders’. Listen to a snippet of The Residents’ track below:

Click the logo below to tune in to Laid Back Radio digitally. They broadcast our Pick Of The Week (01/17 till 01/24) once every few hours, so you can hear the full track over there. Don’t forget to tune in to hear it!

And as always, some extra content related to our Pick Of The Week! This time several (mainly post-2000) songs and videos inspired by classic tracks from back in the days.

’90’s’ appeared on Giant Panda’s debut album ‘Fly School Reunion‘. While Q-Tip had the night on his mind, Maanumental, Chikaramanga and Newman had the 90’s on their mind.

Prince Paul and Breezly Brewin’ did this parody of Ice Cube’s ‘Steady Mobbin’‘ on Paul’s critically acclaimed concept album ‘A Prince Among Thieves‘. Not really recent, but good nonetheless.

Tre Hardson of The Pharcyde toured with G. Love & Special Sauce and while doing it, they decided to record this session in a bathroom. It’s hard to do a good cover of A Tribe Called Quest’s ‘Can I Kick It’, but fresher and better than this is almost impossible. Not sure if it’s a freestyle or jam session, but this is definitely a must see. Also enjoy the Spoonie G outro at the end.

Kidz In The Hall did this track, inspired by the classic ‘93 ‘Til Infinity‘ of Souls Of Mischief. It appeared on their 2006 release ‘School Was My Hustle’.

A very obvious pick, but posting it anyway. Miguel Atwood Ferguson and Carlos Nino redid several songs by J Dilla for their ‘Suite For Ma Dukes EP’. In this case it’s ‘Fall In Love’ by Slum Village, with Dilla on productions.

Exclusive
And we end this edition with an exclusive snippet. Redefinition records is working on a project called ‘De La Soul Revisions’, with tributes and remixes of De La Soul songs by artists as Damu The Fudgemunk, K-Murdock (Panacea), K-Def and more. We are allowed to share a tribute remix of De La’s ‘Verbal Clap‘ by French producer Astronote. The full project drops soon, so stay tuned on this site for updates and previews!

More Info: The Residents
More: Pick Of The Week

On This Day: Gang Starr – Step In The Arena

Dope cut by DJ Czarny & Tas from Poland featuring Ozay Moore (formerly known as Othello) of Lightheaded on the mic. Thanks to them f…
END_OF_DOCUMENT_TOKEN_TO_BE_REPLACED