For our new Pick Of The Week we decided to hop on the bandwagon and bring you a Christmas edition! These days the blogosphere is full of Xmas-related music, but we decided to pick a track you might not know yet.

For our new Pick Of The Week we decided to hop on the bandwagon and bring you a Christmas edition! These days the blogosphere is full of Xmas-related music, but we decided to pick a track you might not know yet. 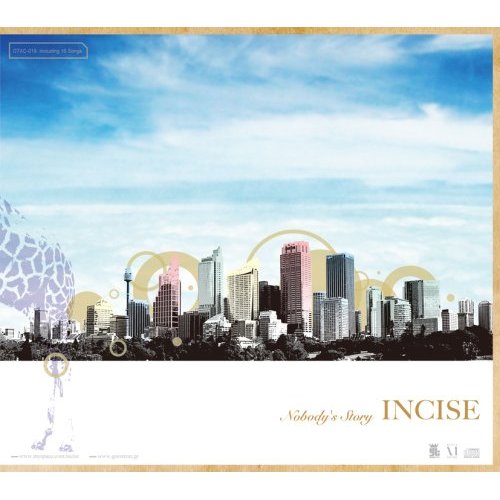 Incise is a Canadian producer who mainly creates mellow music, but he flirts with genres as Electronica as well. Being signed to Japanese label Goontrax, makes him collegues of artists as Jazz Addixx, Soulution, ArtOfficial, Move.Meant and Tha Connection.

Intro
Personally I got introduced to Incise by Prince Ali’s album ‘I Miss 1994‘. Incise produced the album, with the introduction (creatively called ‘Incisetroduction’) being the first eargasm I got because of Incise’s productions.

Nobody’s Story
In 2008 Incise released his debut album, called ‘Nobody’s Story’. He took care of the productions, while guests as The 49ers, The Stereotypes, Nieve and Muneshine provided him with vocals. You can buy the album here with a limited edition miniature LP sleeve.

Because Christmas is coming, we decided to pick a Xmas-related track this week. Incise released a track called ‘Christmas Exclusive’ last year, a collaboration with The Stereotypes from Illinoise. Listen to a preview below, but don’t forget to tune in to Laid Back Radio to hear the full track:

Click the logo below to tune in to Laid Back Radio digitally. They broadcast our Pick Of The Week (12/21 till 12/28) once every two hours, so you can hear the full track over there. So don’t forget to tune in to hear it!

And as always, extra content related to our Pick Of The Week! This time a selection of Christmas downloads.

Buy: Moka Only – Martian Xmas 2009
Info: We announced it before, but Moka Only’s 6th edition of ‘Martian Xmas’ is out now. You can download the sampler here for free.

Download: No Sleep Records – No Sleep ‘Till Christmas 2 EP
Info: An eclectic EP for you. It features Double Vision over a smooth beat with jazzy horns. Next to that there’s some Rock, an Electronic/8-Bit  remix of Christmas classic ‘Gloria’ by Rush Coil and a surprisingly good acoustic track by Into it. Over it. Download: The Roots – Sandwiches
Info: The Roots are house band over at Jimmy Fallon’s Late Night, where they do what they do best: playing good music. In and out of commercials they play short musical pieces called ‘Sandwiches’ and now a selection of those songs is released as this free EP. Definitely a very nice Xmas present!