One would not call Soundtrack for a Revolution a hip hop documentary. As a matter of fact, it contains no beats or breaks, rhymes or licks, or anything reminiscent of modern hip hop music. Yet, one could boldly state that this film examines a part of American history that is still relevant and influential to hip hop: the power of music.

One would not call Soundtrack for a Revolution a hip hop documentary. As a matter of fact, it contains no beats or breaks, rhymes or licks, or anything reminiscent of modern hip hop music. Yet, one could boldly state that this film examines a part of American history that is still relevant and influential to hip hop: the power of music.

The history of the American civil rights movement is something familiar to all: MLK’s “I have a dream” speech, the race riots, Rosa Parks and the boycotting of buses. Yet Soundtrack for a Revolution (2009) is able to compellingly retell the story through its powerful freedom songs. By skillfully assembling archival footage, interviews, and performances by contemporary musicians, the filmmakers celebrate the role that music played in this historical movement.

The film begins with a quote stated by Harry Belafonte: “You can cage the singer, but not the song.” This quote is not merely a prologue; it is also a statement that sums up the premise of this film: the power of music. Freedom songs were sung by protesters in picket lines, at rallies, even in jail cells, as they fought for justice and equality. They sang songs such as “Eyes on the Prize”, “Ain’t Gonna Let Nobody Turn Me Around”, and “We Shall Overcome”. These songs were not only full of soul; they protected the souls of the revolutionaries.

“It was the music that gave us courage,” states Congressman John Lewis, a student leader of the civil rights movement. The interviews narrate the story through the perspective of activists, leaders, and protesters. Each one talked about how music gave them the ability to face aggressive bigotry with dignity and non-violence.

Like many other genres of film, songs are used in the soundtrack during specific events to trigger catharsis and elevate emotions. But the soundtrack of this film plays a double role; even the name, Soundtrack for a Revolution, is a double entendre. Freedom songs made up the soundtrack of the civil rights movement; their infectious energy empowered people to fight for their rights. These same songs also make up the soundtrack of the film; particular lines were even chosen from each song and used as chapter titles for the major events of the movement. By blending archival song footage with modern day covers – by the likes of John Legend, The Roots, Wyclef Jean, and many others – the film successfully uses these freedom songs to demonstrate the power of music.

Soundtrack for a Revolution is more than a film that documents the history of the civil rights movement. It is more than how music empowered a whole generation to stand up against injustice and discrimination. It should be a clear reminder to all of us – artists and audience alike – that music has the ability to initiate change, encourage hope, and express inner feelings and anguish. Even though decades have passed and new genres of music have surfaced, social injustices continue to happen everyday. I know that hip hop began as a voice for disenfranchised youth and I truly believe it is the freedom music of our generation. 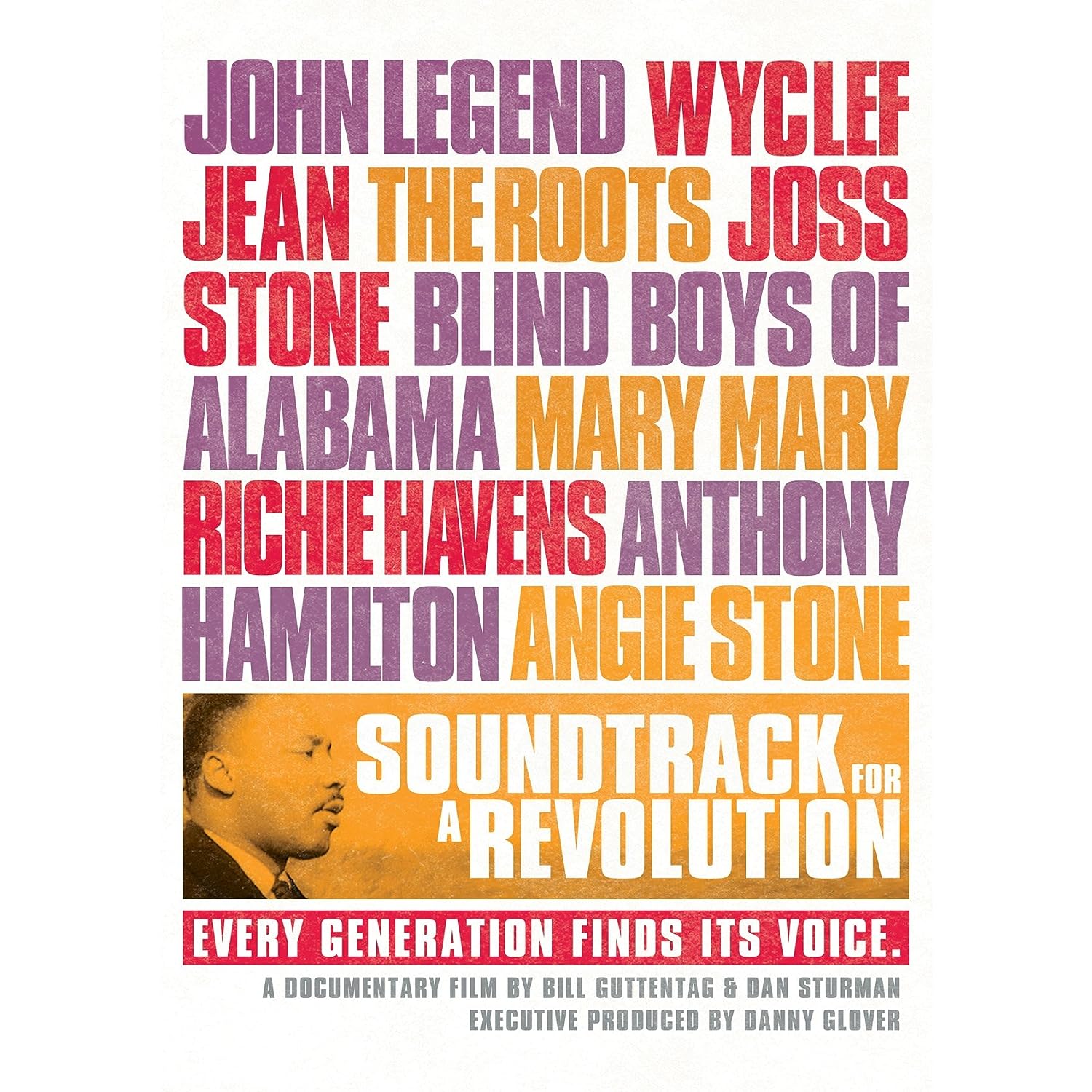 Stevie Wonder and The Beatles’s “We Can Work It Out”; The Link Between Cover Versions and Sampling