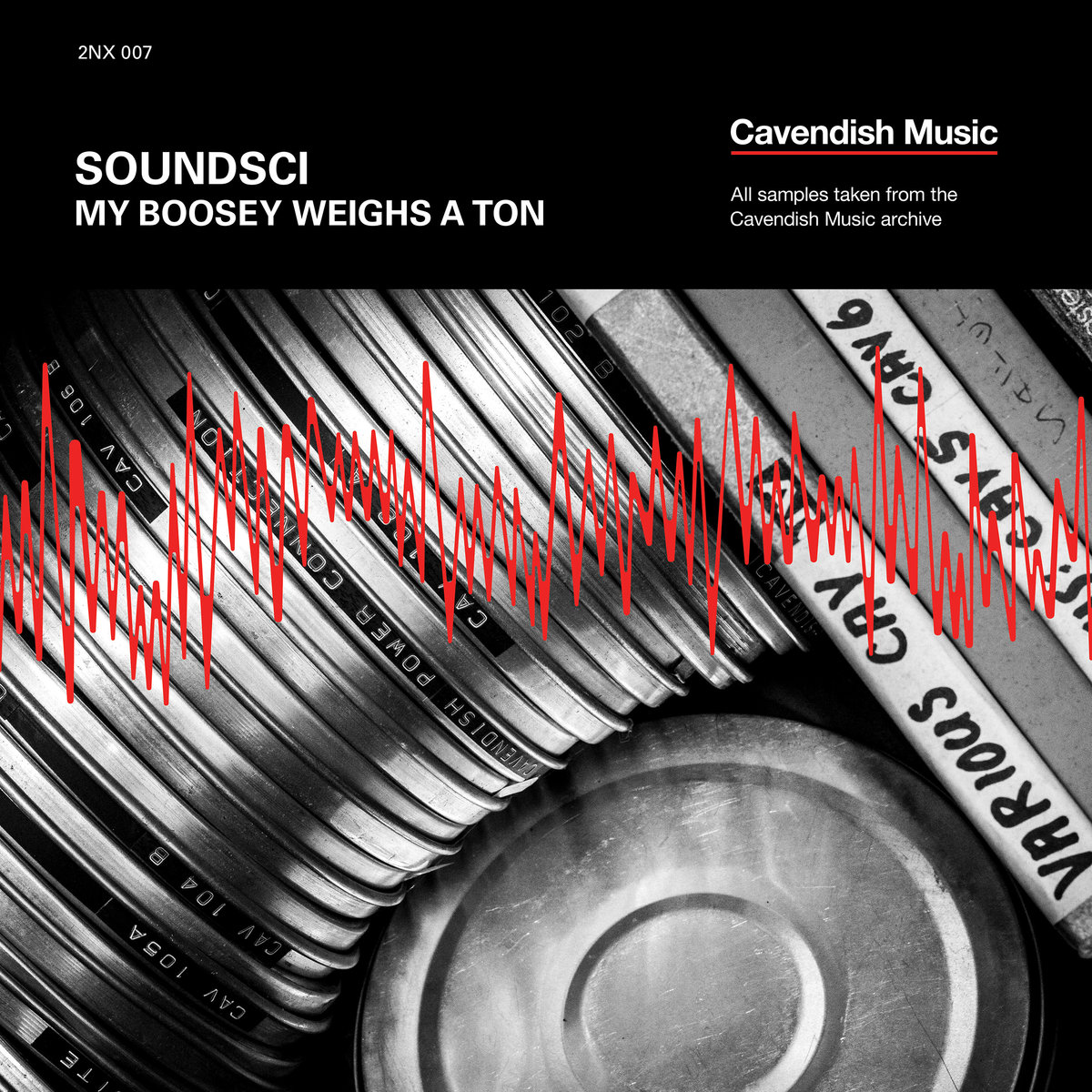 For a producer, digging for samples can be like looking for a needle in a haystack. For every hidden gem there’s bins full of useless waste, possibly leading to crushed hopes and too much money spent. But every now and then something called a Library Record pops up. Library music (also known as stock music or production music) is an enigmatic part of crate digging, and an insider-secret among record collectors and hip hop producers. Why? Because it can be some of the funkiest, coolest retro beats out there.

Enter Soundsci, the brainchild of Jonny Cuba (Dynamic Syncopation) and Audessey (MassInfluence), with later the addition of Ollie Teeba (The Herbaliser), U-George (Hemisphere), Oxygen, and more affiliated emcees. For their brand new project My Boosey Weighs A Ton, they dived into the Boosey & Hawkes Recorded Music Library, part of the Cavendish Music archive. It’ll probably be a big question mark for casual or novice diggers, but seasoned crate diggers and/or producers will recognise the sleeves instantly.

According to UK label 2NX Music, founded by Cavendish Music to stimulate projects of interest from their catalogue, the Cavendish Music archive remains “one of the least chartered non-commercial music catalogues among producers.”

The soundtrack origin of the source material lends the tracks a cinematic nature throughout which the emcees complement perfectly, tackling similarly epic subject matter on tracks like ‘Drugs, Guns & Economics’, ‘Written In Stone’ and ‘Ole Saying Goes’, while the narrative- style vocal on ‘Thaddeus Browne’ is a smart counterpart to the noir-soaked instrumental. – 2NX Music

My Boosey Weighs A Ton consists solely of samples from the Cavendish vaults. The project kicked off back in 2014, when Cavendish Music welcomed 5 lucky producers into their vinyl archives. Soundsci’s Jonny Cuba was one of them, resulting in remixing the material for WhoSampled’s first Samplethon. The outcome, a track called Hunger Pains, is also features on this new album.

Listen to the full hip hop album below. Curious for more? Read our article Sounds In Super Stereo: An Introduction To Library Music, accompanied by a mix full of tracks using library music by Australian producer Purge+Audit.