Mellow Orange isn’t one person, it’s a collective of producers. A breathe of fresh air is coming through your speakers when you listen to their music. Together with Freddie Joachim, Yusai (of Mellow Orange) created the ‘Bridgework’ mix for The Find Magazine. We interviewed both of them so you can read more about the artists behind the music. First up: Yusai of Mellow Orange!

Mellow Orange isn’t one person, it’s a collective of producers. A breathe of fresh air is coming through your speakers when you listen to their music. Together with Freddie Joachim, Yusai (of Mellow Orange) created the ‘Bridgework‘ mix for The Find Magazine. We interviewed both of them, so you can read more about the artists behind the music.

Where are you from and how did you get your start in production?

We’re a collective music group based out of San Francisco, California. Most of us are still rookies in terms of beat making although we’ve been around friends that have made beats for a long time. Most of us are really DJs first and producers second. We were never really into making beats or never thought about doing it, but I think it’s a natural progression for most DJs though.

Were you always focused on jazz-influenced hip hop or did your sound progress over a period of time?

We like all genres from radio, pop, club, and underground. However, I would say that I’m heavily influenced by the sound of the Golden Era, boom-bap, and the works of DJ Premier. I always liked J Dilla’s productions as well but didn’t realize he produced majority of the stuff I liked until around 2003, since I never used to look at album credits. My sound has definitely shifted now as I’m now into calm and subtle sounds.

Not sure if it’s becoming a rare novelty but maybe it has something to do with MCs and rappers not having anything new to say or not having any substance to what they’re preaching. There’s definitely more props and appreciations being given to the producers now compared to a decade ago.

How do you approach an instrumental project?

For me, I approach every project with a theme and relevance to the idea of the entire album. It doesn’t matter to me if the album is instrumental or not, as long as the album has a good foundation of sound and substance behind its product.

I’ve noticed you keep your personal image a mystery, especially on your MySpace page. Is this intentional?

It’s funny because I read someone else who posted about the MySpace thing. I just felt that I didn’t really have the need to go in-depth of who we are. If you like what we’re putting out, the music should speak for itself. I really don’t update the information on MySpace other than the music and blog posts every now and then anyway. I guess I could see some people misinterpreting it as me trying to be a mystery but that wasn’t the motive behind it. I’m just lazy to update the information up on MySpace.

Do you believe an artist’s personal image is becoming more important than his or her music?

In today’s music business, I do believe that artists having a personal image is important. However, I think it only applies to artists who are on major labels and not so much for artists doing things independently. The music game has changed so much from the time when I first heard hip-hop music – I don’t know what to tell you. Things may have changed for the better or for the worst.

You and Freddie Joachim recently contributed mixes for The Find Magazine’s ‘Bridgework‘ mixtape. When did you first meet Freddie and what do you admire about his work?

A few years ago I was helping out with DJ Tonk’s label Milkdipper Music. I collaborated with Tonk and executively produced and released a remix compilation album called ‘Space Travelers’. I hand-picked few of my favorite producers to do a remix for the album and that’s when I reached out to Freddie. We kept in-touch after ‘Space Travelers’ and we have been good friends ever since. 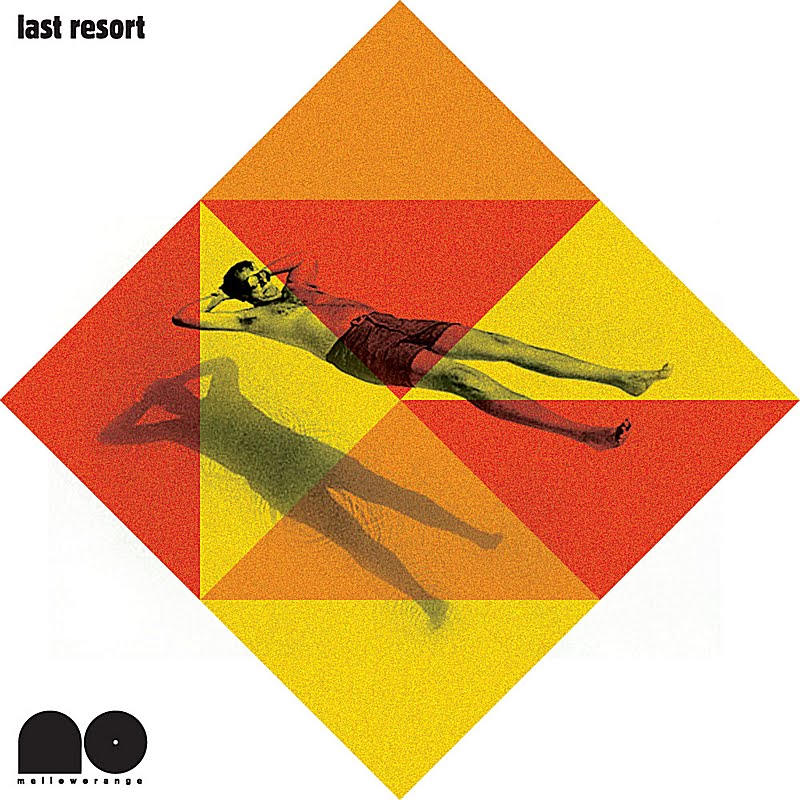 Your latest EP, ‘Last Resort,’ was released last year. The EP features a handful of artists such as Raashan Ahmad, Braille, and more. Who surprised you the most and why? Who would you like to work with in the near future?

I know most of those guys personally so there were no surprises in particular. It was a great experience for me to actually sit through some of the recording sessions and see how each individual processed things differently. I got to give it up to my man Deedot though. The track he did with Navery – Deedot and Navery are both local San Francisco artists – is probably one of my favorite tracks from the EP.

As for the future, I would love to collaborate with Dela, Mitsu the Beats, Grooveman Spot, Full Crate, Kev Brown and other dope people in general.

The title ‘Last Resort’ refers to the ongoing absence of authenticity in the music industry. What drives you to stay true to your artistic vision and not oblige to industry standards? Why do you think so many musicians have trouble doing this?

I’m going to stick to what I like. I’m not going to let what is musically current sway our decision of what I’m going to make or release. The ‘Last Resort‘ EP wasn’t meant for the mainstream radio or the clubs anyway. So in terms of obliging to the current musical standard, the EP was irrelevant to begin with.

I don’t blame the artists. I blame the investors and record labels, who probably have a lot to do with the change of direction and visions of their artists. I get it – the music scene has changed. The general public in their mid-20s now want to hear about kicks, chicks, the latest dance moves, and whatever else that sounds sonically good. (Artists) are not going to get any of their invested money back doing a song titled ‘2010 til Infinity.’ Well, maybe if Jay-Z did it, but you get the point.

How is ‘Last Resort’ different from your other works? What do you enjoy most about the EP?

The fun part in preparing for the ‘Last Resort EP’ was building with all of the artists involved in the project.  Since I consider this our first release, aside from the ‘Getaway EP’, ‘Last Resort’ was a special project for me personally.

What are some of you upcoming projects? What do you hope to accomplish by the end of your music career?

We are currently in the process of finishing up the ‘Last Resort 2’ release. We’re also looking to release Freddie’s third album, ‘Midway,’ sometime this summer. We may have another secret release by the summer as well, but we’ll keep you tuned for that!