“The man with the golden sound.” KingUnderground is on the verge of releasing The 45 Collection; five 7″ records containing unreleased instrumentals and three tracks by SP-1200 heavy-hitter Lewis Parker. A box showing he indeed holds on to what’s golden.

The collection includes several previously unreleased instrumentals, an unreleased track featuring rapper Dynas from 2004, the instrumental version of “Shakey Dog” by Ghostface Killah, and the never-before-heard original version of “Incognito,” originally part of the 2002 album It’s All Happening Now.

You can either get one of the five 7″ records separately or the full The 45 Collection via KingUnderground’s Bandcamp or website. 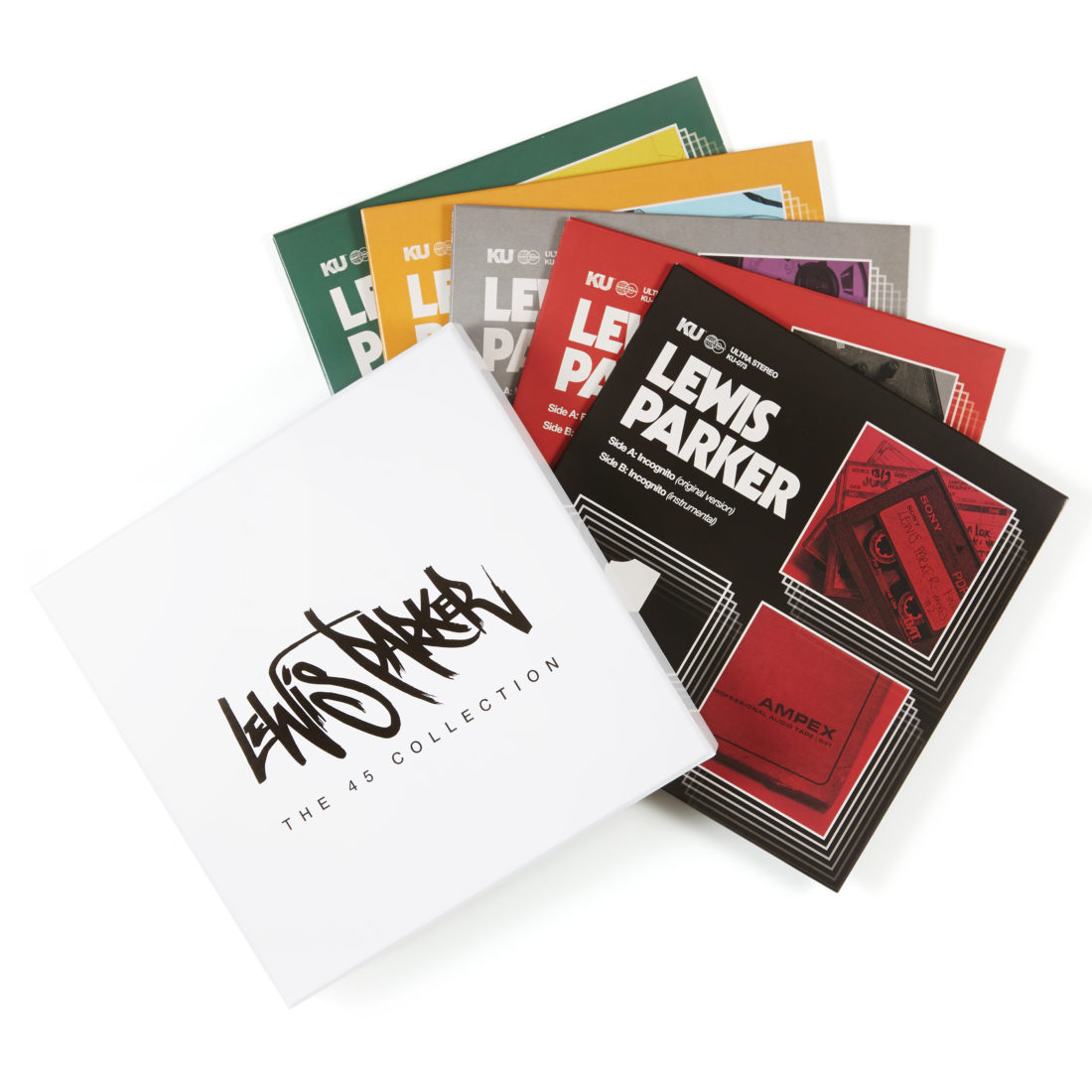